The decision by the Norwegian Nobel Committee to award this year’s Nobel Peace Prize to two journalists could be a spark that inspires reporters to hold their ground as protectors of facts and evidence amid the deluge of false and misleading information spread by social media. Veteran journalist Yuen-ying Chan of the University of Hong Kong reflects on the state of the profession and what the recognition received by Maria Ressa of the Philippines and Dmitry Muratov of Russia means. (Join us online on Tuesday, December 14, at 9 am EST, for A Conversation with Nobel Laureate Dmitry Muratov.)

“Please go back to the facts.”

“Facebook is biased against facts.” —  Maria Ressa, winner of the Nobel Peace Prize, 2021

On October 10 this year, the Norwegian Nobel Committee announced that the 2021 Peace Prize would be shared by two journalists – Dmitry Muratov of Russia and Maria Ressa of the Philippines – “for their efforts to safeguard freedom of expression, which is a precondition for democracy and lasting peace.” The pair work in two of the most dangerous nations in the world for reporters, where members of the press have been killed and their murderers have gone free.

This was the first time that journalists received the Peace Prize since 1935 when the award went to pacifist writer Carl von Ossietzky for exposing Germany’s secret rearmament. In recognizing Ressa, the selectors hailed her use of “freedom of expression to expose abuse of power, use of violence, and growing authoritarianism in her native country.” The Philippines has had a remarkable trajectory from dictatorship through popular uprisings that toppled two presidents to raucous constitutional democracy that has recently slid back into strongman-style rule – yet, by no means is it a unique story in Asia and other regions of the world.

As the news ecosystem is upended by rapid technological changes and brutal market forces, the Nobel for Ressa and Muratov is a boost to journalists.

Ressa has distinguished herself in recent years by her activism and advocacy for truth. As co-founder and CEO of the news website Rappler, she has underscored the value of painstaking in-depth and investigative reporting. Since winning the Nobel Prize, Ressa has repeated her call for fellow journalists to celebrate and persist in practicing “fact-based and evidence-based journalism” – in other words, just plain old-fashioned journalism. “If you have no facts, you can’t have truths; you can’t have trust. If you don’t have any of these, you don’t have a democracy.”

Fact-based journalism has been under siege as newsrooms worldwide struggle against the onslaught of misinformation, disinformation, and fake news. Advertising has moved to the tech platforms. Audiences for traditional news outlets are falling. As the news ecosystem is upended by rapid technological changes and brutal market forces, the Nobel for Ressa and Muratov is a boost to journalists in their commitment to go back to the basics of providing authentic news and information for the good of society.

The Journalism of Verification

In this so-called post-truth era, the value of facts and their very existence have been called into question. The relentless 24-hour news cycle means that newsrooms go for speed and quick clicks, often at the expense of facts and their own credibility. Surveys in several counties have shown that public trust in news organizations has been in decline, as the line between opinion and facts based on solid reporting has blurred.

In their seminal book “The Elements of Journalism,” first published in 2001, US journalists Bill Kovach and Tom Rosenstiel warn against “the journalism of verification” being taken over by “the journalism of assertion.” They write: “In the end, the discipline of verification is what separates journalism from other forms of communication – from entertainment, propaganda, fiction, or art … Journalism alone is focused first on getting what happened down right.”

Kovach and Rosenstiel were prescient in understanding that technology would be the main culprit in “weakening the methodology of verification journalists.” They foresaw that as the internet became a dominant force in people’s lives, journalists would “spend more time looking for something to add to the existing news, usually interpretations, rather than trying to independently discover and verify news facts.” 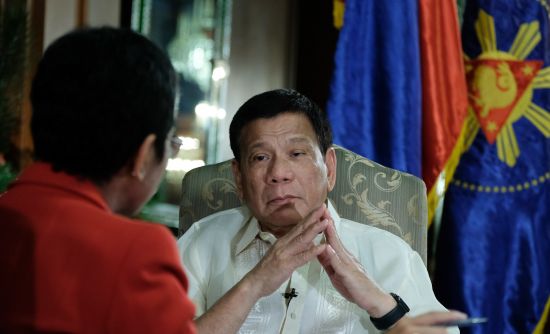 Twenty years later, Maria Ressa has led Rappler, the news site she founded, to maintain the discipline of verification, collecting the facts on government corruption and extrajudicial killings by the government of Philippine President Rodrigo Duterte. Her team of young journalists pursue and document the truth with skill, persistence, and thoroughness. They deployed big data analysis before big data had become the trendy new standard and some reporters styled themselves as “data journalists.” Ressa’s mantra: “Hold the line.”

Devotion to fact-based verification journalism is not the monopoly of media outlets in the West. “We may not be able to tell the truth, but we will never spread lies,” Chinese editor Zuo Fang told his readers before he died in November, at the age of 86. Fang was the founding editor of the Guangzhou-based Chinese-language newspaper Southern Weekly, a legendary reformist publication is known for its investigative reporting.

Across Asia, fact-based journalism has gained momentum thanks to independent organizations.

Also noteworthy is Qian Gang, veteran journalist and author of “The Great China Earthquake,” published in 1986. He conducted hundreds of interviews of survivors, rescue workers, and government officials, to recreate the scene of the magnitude-7.6 earthquake that killed an estimated 250,000 inhabitants of the region around Tangshan in Hebei Province on July 28, 1976. He took pains to look for people who were awake when the earthquake struck at 3:42 a.m. on that fateful night. In his deep reporting, he found nine such eyewitnesses including railroad and hospital workers, as well as two elderly men who woke up early to practice tai chi.

Across Asia, fact-based journalism has gained momentum thanks to independent organizations, many of which have grown and thrived over the last 10 years despite an environment made more and more hostile to journalists by governments in the region. Among the outlets at the frontline of the battle for facts and truth are Tempo in Indonesia, the Korea Center for Investigative Journalism’s Newstapa, The Reporter in Taiwan, and the Centre for Investigative Journalism in Nepal.

“The trend towards totalitarianism in several countries and the rise of the ‘infodemic’ [the deluge of information including false or misleading news] during this pandemic have alarmed many editors in Asia and helped steer their newsrooms to fact-based journalism,” investigative reporter and editor Wahyu Dhyatmika, CEO of Info Media Digital, the digital arm of the Tempo Media Group in Indonesia, told me. Tempo is part of the Global Investigative Journalism Network (GIJN), an association of nonprofit news organizations devoted to in-depth and investigative reporting. GIJN had three Asia-based members when it was founded in 2003; it now has 27, more than half of which were launched in the past decade.

Taking on the Social Media Giants

An important dimension of Maria Ressa’s activism for facts and truth has been her willingness to take on social media giants for spreading hatred among the public and driving social polarization. As early as 2014, she was picking a fight with Facebook when most of the world was still mesmerized by the connecting power of these platforms.

The weapon that Rappler wielded was evidence from deep reporting and data analysis of Twitter. The Philippines, with 97% of its population online and social media use a daily habit for many, is something of a canary in the digital-world coalmine, Ressa often says. It came as no surprise to her when a whistleblower recently revealed that Facebook, now known as Meta Platforms, is failing to enforce its own policies against hate speech. This included its decision not to remove violent content that fueled hatred of ethnic minorities in Myanmar, where the government has been accused of perpetrating genocide against Muslim Rohingyas.

On October 2014, Rappler alerted the public about interest groups mobilizing massive fictitious social media resources to disrupt online conversations. In a series of reports, it showed how social media had served as platforms for abusive behavior such as online bullying, while infringing on the data privacy of users.

Then came the Philippine presidential election of 2016, when Rappler observed with alarm that online abuse and threats of violence had escalated dramatically. Once again, Rappler responded by investigating the matrix of online harassment, disinformation, and misinformation. Ressa’s series “Propaganda War: Weaponizing the Internet” warned that extremists had launched a propaganda war. It exposed a “sock puppet network” of 26 fake Facebook accounts which could influence nearly three million other Philippines-based accounts. Three “super trolls” operated behind the “sock puppets” to seed disinformation and promote targeted attacks. “They would plant messages within groups, inflaming the groups who would then become a mob to attack the target,” Ressa told UNESCO researchers in 2017.

The fight against the tech giants continues today. While Rappler is collaborating with Facebook on fact checking projects, Ressa has called the platform a threat to democracy that is “biased against facts, biased against journalism.” Facebook algorithms “prioritize the spread of lies laced with anger and hate over facts,” she told the Guardian in an interview after winning the Nobel Prize.

While 2021 has been a grim news year — from the ongoing pandemic to the assault on freedoms — it may well be a turning point for journalism.

With more than three decades of experience as a journalist, Ressa rightly identified the crisis of journalism as rooted in the ecosystem that must be fixed. While she founded Rappler as a Facebook page in 2011, the media group has transformed into a full-fledged news site. It is now building its own tech platform to become independent of the established social network of players such as Facebook and YouTube. How the platform evolves is being watched by independent newsrooms across Asia, as they seek viable technical and business models.

Ressa is not only a journalist but also an entrepreneur leading the search for innovative ways for newsrooms to generate revenue and attract audiences without succumbing to a meter system that measures a story’s value by unique page views, the number of visitors who click on to a page. “When you devalue that kind of work, then you are creating an incentive scheme that actually weakens journalism and weakens democracy,” she says.

Now in the global spotlight as a Nobel Peace laureate – she and Muratov are set to receive their award in Oslo on December 10 – Ressa will continue to lead the global fight for journalists to regain their gate-keeping power that has been lost to social media platforms, and to reimagine and rebuild the broken news ecosystem. She will doubtless inspire others to take up the challenge. While 2021 has been a grim news year from the ongoing pandemic to the assault on freedoms, it may well be a turning point for journalism – true journalism – that has been so much under siege in recent years.

This article was originally published by the University of Hong Kong’s AsiaGlobal Online Journal. It is republished here under a Creative Commons license.

Maria Ressa on the Battle for Truth, the Role of America’s Social Media Platforms, and What Comes Next

How Journalists Can Prepare for Online Harassment, Disinformation

Yuen-ying Chan is an award-winning journalist, media consultant, and honorary professor at the University of Hong Kong (HKU). She served as professor and founding director of HKU’s Journalism and Media Studies Centre and has covered immigration, campaign finance, and US-China relations for the New York Daily News, NBC News, and Chinese-language dailies. She is co-founder of the Environmental Reporting Collective.