Editor’s Note: Journalists are no strangers to what is popularly dubbed these days “open source information” or OSINT (open source intelligence). Mining public records, digging through databases, and sifting through social media have been used by reporters for as long as those sources of information have been around. What’s changed today is the sheer volume of what is online, and the sophistication of digital tools to ferret out newsworthy nuggets. Journalists, of course, are not alone in this. There’s much we can learn from private investigators, intelligence analysts, and, as you’ll see below, human rights activists.

In this interview, part of the Conversations with Data series from Datajournalism.com, Sam Dubberley from Amnesty International talks about the challenges of using open source information for human rights research and advocacy. Dubberley, who directs Amnesty’s digital verification team, also provides resources for journalists who want to learn more.

Talk to us about your career. How did you get started in open source investigation work?

I began my career working in newsrooms. In 2002, I joined the European Broadcasting Union, where I worked as a subeditor, producer, editor, and later ran the news desk. I worked in breaking news and saw journalism transition from traditional news reporting to social media newsgathering.

In 2013, I did a fellowship at Columbia Journalism School’s Tow Center for Digital Journalism, researching the impact of user-generated content in the newsgathering process. I examined what verification meant along with the ethical questions around using this kind of content. What did it mean for people around the world who now have increased connectivity, the power of a camera in their homes, and a power to share that with the world? What did it mean for human rights?

“Remember that it is not so much the techniques that are important — it is the way you think about the approach. It is how you develop an open source investigation mindset.”
–Sam Dubberley

In 2016, Amnesty International asked me to set up a program called the Digital Verification Corps to help the organization conduct research using open source information. There was a realization that this power to tell stories and gather information and testimony digitally was something that the human rights movement had to engage with. I am also a fellow of the Human Rights Centre at the University of Essex where I am a research consultant for their Human Rights, Big Data and Technology Project.

Tell us more about the Digital Verification Corps at Amnesty.

The students, who have a background in human rights law, volunteer to join the program. We teach the students to apply new, digital methodologies when working with human rights documentation and evidence. The technical training they receive allows them to verify the authenticity, location, and time of videos and photographs from social media — skills that have proven to be valuable for future research. The outcome of their efforts then helps Amnesty monitor and report on human rights violations.

What are some of the biggest challenges you face in your work as head of the Evidence Lab in the crisis response team at Amnesty?

There are so many different ways to approach that question. Finding the information and ensuring what you are saying is accurate is very challenging. Another hurdle is persuading researchers who are used to doing testimonial interviews to integrate new forms of data into their work. The impact of seeing the worst that humanity does to each other is also challenging. The traumatic side of the work is a very real one.

Scale has also become a big issue. For example, we put out a report in October 2020 around the 2019 protests in Chile. We used open source information, as well as field testimony to really show who was responsible for injuries. It involved going into great detail and identifying police officers who were on the streets and seeing the same person in video after video. You also have to be meticulous when you’re doing that kind of research. To verify the videos, you have to go through it frame by frame and extract every small piece of information you can from a video.

What resources do you recommend for journalists interested in open source investigation?

Amnesty recently released two online courses on Advocacy Assembly, the multilingual training platform for journalists and activists. The courses [which are free] provide an introduction to methods and best-practice of open source research, and the ways these new methods of information gathering can be used for human rights reporting and documentation. You can sign up for Open Source Investigations for Human Rights: Part 1 and Open Source Investigations for Human Rights: Part 2 in English, Arabic, Farsi, and Spanish.

While the content is very much focused on digital verification for human rights work, it is also relevant for journalists. Both courses feature a mix of expert voices, including archivist Yvonne Ng from WITNESS, Amnesty’s weapons and military operations expert Brian Castner, and lawyer Lindsay Freeman from the UC Berkeley Human Rights Center.

Amnesty also has a website called Citizen Evidence, where we place case studies when we publish a large report that involves open source information. The aim is to show a glimpse of how we do this work behind the scenes.

Tell us more about “Digital Witness,” the book you co-edited.

Human rights NGO’s around the world now need to know how to really build on the best information and integrate it into their research because it is so powerful. Through the Digital Verification Corps, we realized these resources did not exist. That’s why myself, Alexa Koenig, executive director of UC Berkeley Human Rights Center, and Daragh Murray, from the Human Rights Centre at the University of Essex came together and decided to publish a book about this. It teaches the methods and best-practice of open source research and features contributions from some of the world’s most renowned open sources investigators. It also offers a comprehensive range of topics, including the discovery and preservation of data, and ethical considerations, to provide readers with the skills needed to work in an increasingly digitized and information-saturated environment.

What advice can you give journalists new to open source information?

My one piece of advice is not to be intimidated by it and just go for it. I can imagine open source information can seem a bit mystical — like there is some kind of magical techniques behind it all. Remember that it is just another way of doing research. As a journalist, it is just another way of looking for the who, what, where, and when. So you can do it. It involves applying critical thinking skills in a slightly different way.

For instance, are there farmers protesting in India? Well, there’s a lot of open source information around what’s going on there. Use the resources out there to really build on what is out there. Given this space is so new, the opportunities are vast.

Finally, what are the challenges you see going forward in the sphere of digital verification in human rights?

Researchers and journalists have managed to understand how to search YouTube and Facebook. But the big tech companies are always changing things without consultation. So that becomes a problem. Yet people find ways around them all of the time. Remember that it is not so much the techniques that are important — it is the way you think about the approach. It is how you develop an open source investigation mindset.

Everyone says geolocation is so important for open source research. Well, sometimes you can’t locate it. So what else can you look at to show that something is authentic and shows human rights abuse? Focus on the mindset rather than rely on tools given these are always changing.

How Open Source Experts Identified the US Capitol Rioters

This story was originally published on Datajournalism.com, following a discussion held as part of the Conversations with Data podcast series. It is republished here with permission. The podcast is available on Spotify, SoundCloud, or Apple Podcasts. 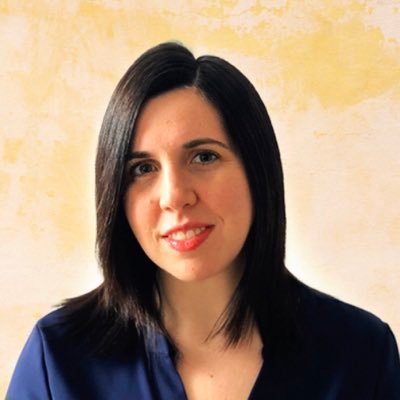 Tara Kelly is the data editor for the European Journalism Centre, which created DataJournalism.com. She has written for the FT Weekend Magazine, TIME Magazine, France 24, CNN, and the Huffington Post. She has a postgraduate degree in Data Journalism from University College Dublin.