Saudi-led coalition bombing campaigns, like those conducted on rebel areas around the city of Taiz, have also destroyed vast amounts of Yemeni civilian infrastructure, like schools and homes. Image: Shutterstock

The nearly eight year-long war in Yemen has been described by the United Nations as the world’s worst humanitarian crisis, with 13.5 million Yemeni civilians at risk of starvation.

Following the seizure of Yemen’s capital city by Houthi rebels in 2014, the war in Yemen has since featured a widespread, US-supported bombing campaign by a Saudi-led coalition of nine Gulf and North African states, as well as sectarian conflict and intervention by regional powers like Iran. Coalition airstrikes alone have killed nearly 9,000 Yemeni civilians, according to the Armed Conflict Location and Event Data Project (ACLED), a US-based nonprofit that tracks political violence around the world.

“We, as a community, really depend on open source information for a huge part of our work.” — Global Legal Action Network legal officer Dearbhla Minogue

On one side is an internationally-recognized government, backed by the Saudi-led alliance; on the other, the Houthi rebels supported by Iran. The sheer diversity of military actors – together with severe restrictions on free expression and travel within the country — has made it especially difficult for journalists to identify culprits behind the countless human rights violations taking place.

However, in a presentation at RightsCon 2022 – billed as “the world’s leading summit on human rights in the digital age” – several nonprofit research organizations showed how innovative methods can cut through the chaos to hold individual actors accountable, and could potentially have a similar effect in other conflicts as well.

These investigative methods range from traditional text searches of military journals to the use of databases on attacks and procurement, 3-D modeling of bomb destruction, and geolocation of objects in videos posted to social media. One striking takeaway from the session on the Yemeni crisis is that journalists and researchers are publishing datasets that are free-to-use for other investigators, resulting in an ever-deepening knowledge base of verified facts about the conflict.

“Because of the lack of access and the wide range of dangers for people documenting human rights violations when on the ground, we, as a community, really depend on open source information for a huge part of our work,” said Dearbhla Minogue, legal officer for the Global Legal Action Network.

Earlier this month, a major investigation by The Washington Post and Security Force Monitor (SFM) showed that Gulf coalition squadrons involved with indiscriminate airstrikes had benefited from numerous US defense contracts since the start of the bombing campaign.

The Yemeni Archive, a project of human rights group Mnenomic, can be a key data resource for investigators. Image: Screenshot

At the most unconventional end of the data spectrum, the Yemeni Archive – a project of human rights group Mnemonic – showed the RightsCon audience how two of the most ephemeral phenomena in the world – clouds and shadows – were used to confirm the source of a missile attack on Aden International Airport in 2020. (More on that below.)

In a blog post detailing its methodology in researching the US contracts, SFM explained how this technique could be used elsewhere: “Advocates and human rights researchers can use this same approach to monitor future US sales to coalition countries, as well as sales from any other country to the air forces of the Saudi-Emirati coalition.”

Wilson said the key to tackling accountability in air wars is to identify individual squadrons involved with campaigns: understanding the types of aircraft, weapons, and contracts used by each; and, eventually, tracking individual aircraft by their tail numbers.

“What we found with the Post team was that, in total, there were 39 squadrons from all coalition countries that could have conducted airstrikes in Yemen, and confirmed 19 squadrons that definitely did serve in Yemen,” he said. “The US support was immense: There were at least 94 US contracts that went to benefit these squadrons.”

SFM has also published a searchable database, called WhoWasInCommand, that reporters can use to dig into military and police units around the world, key officers in charge, and past allegations of misconduct.

Digging into Air Force Units and Their Suppliers

Using the Yemen investigation as an example, SFM’s Wilson shared several strategies that reporters can use to identify the units and weapons behind airstrikes in any country: 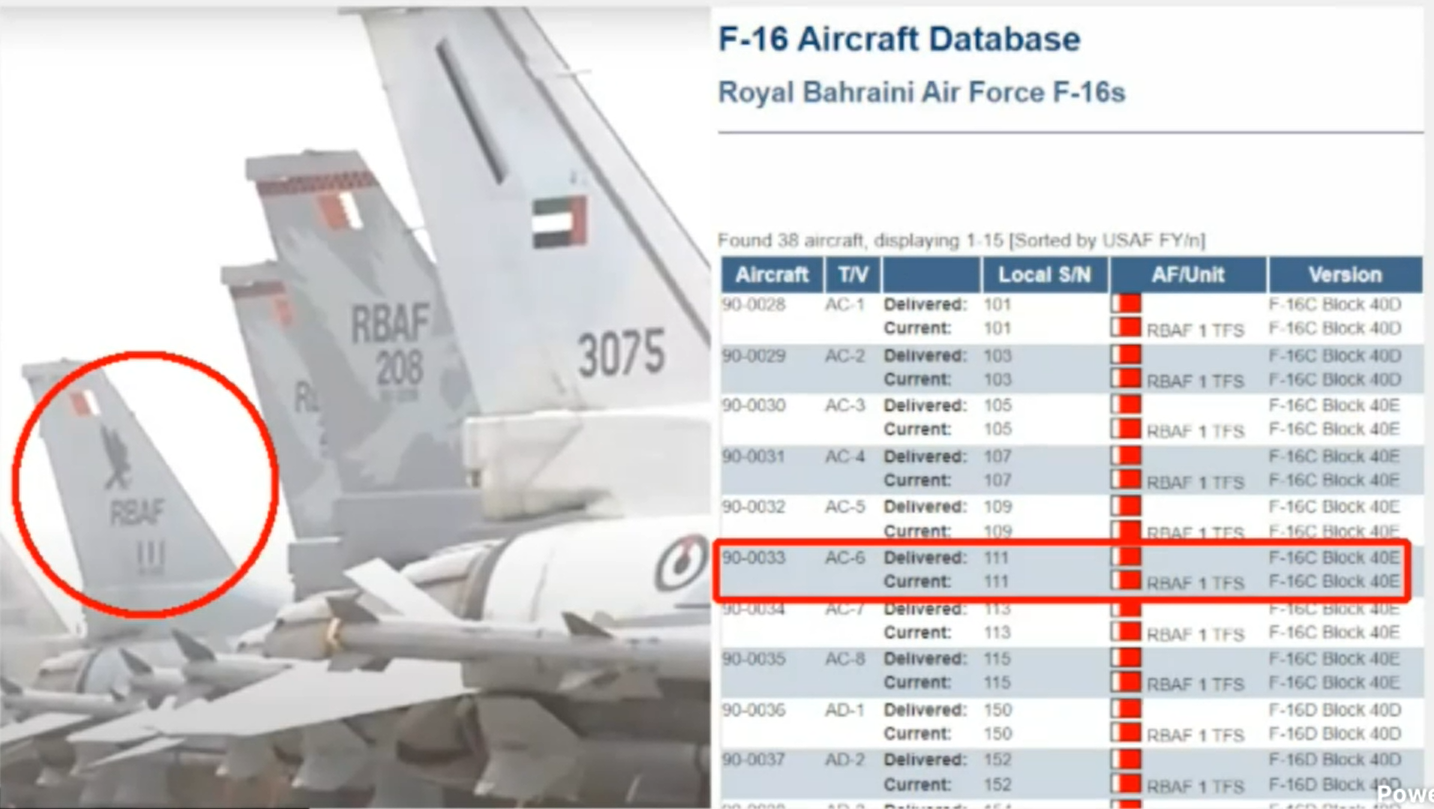 Last year, Yemeni Archive partnered with investigative nonprofit Bellingcat to trace the origins of three rockets that killed 22 people at Aden International Airport on December 30, 2020. They found that – in a coordinated attack – two rockets were launched from a police training center at the Houthi-controlled town of Dhamar, and two more were fired from another rebel-held town, Taiz. (One rocket failed en route.)

Baraah Tarek, an investigator with Yemeni Archive, explained the geolocation and verification steps used to identify the source of the airport attack:

Yemeni Archive tracked a small cloud — indicated by red pins, above — to confirm that all three videos of a missile launch were taken at roughly the same place and time. Image: Yemeni Archive

“We have a huge archive, so if you are a journalist, researcher, or legal practitioner, we’d be glad to answer your questions on the evidence,” said Tarek.

Afrah Nasser, Yemen researcher for Human Rights Watch, said she had seen a “notable de-escalation” in violence since a UN-brokered truce between the warring parties in April.

“Yet it is important to continue to single out violations in the past seven years, which has seen numerous abuses and killed thousands of civilians,” Nasser emphasized. “We at Human Rights Watch have documented at least 100 unlawful attacks by the Saudi/UAE coalition. Military units have used banned anti-personnel mines and fired artillery indiscriminately into civilian areas, and enforced disappearances have been on the rise.”

But there is plenty of blame to go around. “Houthis are also responsible for a wide range of abuses,” she added. “There are no clean hands in this war.”

This story is the latest in a series looking at investigative journalism in the Middle East and North Africa region.

Planespotting: A Guide to Tracking Aircraft Around the World