From immersive investigative journalism to interactive documentaries that broadcast voices of the voiceless, Latin America boasts a catalog of multimedia projects from which storytellers of all stripes can draw inspiration. Below is a selection of interactive projects from across the region.

In May, Peru’s investigative news organization Ojo Público teamed up with journalists from Colombia, Guatemala, Argentina, Venezuela and Mexico to publish multiple investigations into how pharmaceutical companies are “prolonging their monopolies” in the region at the expense of vulnerable Latin Americans. “La Vida Tiene Precio,” or “Life has a Price,” brings together video, photos, timelines, charts, documents, and other multimedia.

The War Over Water in Peru

“The War Over Water,” an interactive comic about the conflicts surrounding mining in Peru, is “a story of power, money and death,” according to Ojo Público, which published the project in both English and Spanish at the end of 2016. Produced by Jesús Cossio, Nelly Luna Amancio, and Jason Martínez, the graphic project centers on the infamous Tía María copper mine, the forces that have taken over a remote Andean valley and the industry that has changed a country. The project, funded by Oxfam-Peru, boasts an impressive 120 drawings of 42 scenes, according to a writeup of the story at the Knight Center for Journalism in the Americas.

“Memoria Robada,” or “Stolen Memories,” is another multi-country investigation convened by Ojo Público about the illegal trafficking of cultural heritage. The project, published in English and Spanish, brings together investigations, illustrations, a database of artifacts as well as documents to “expose the transnational mechanisms of the trafficking of cultural heritage in Latin America.” The scale of the crimes uncovered by Ojo Público is eye opening: “This is the first census of stolen, auctioned or repatriated cultural property in the region: over 50,000 pieces that should enter the criminal records of the least punished traffickers in the world.”

Playing the President of Ecuador

In “Carondelet Challenge,” a news game named after the presidential palace in Quito, players get to make decisions as president of Ecuador. Published by the Ecuadorian news magazine GKillCity, the news game was launched just over a week before the country’s presidential election. In the game, players can make dozens of decisions about subsidies, taxes and eliminating ministries. 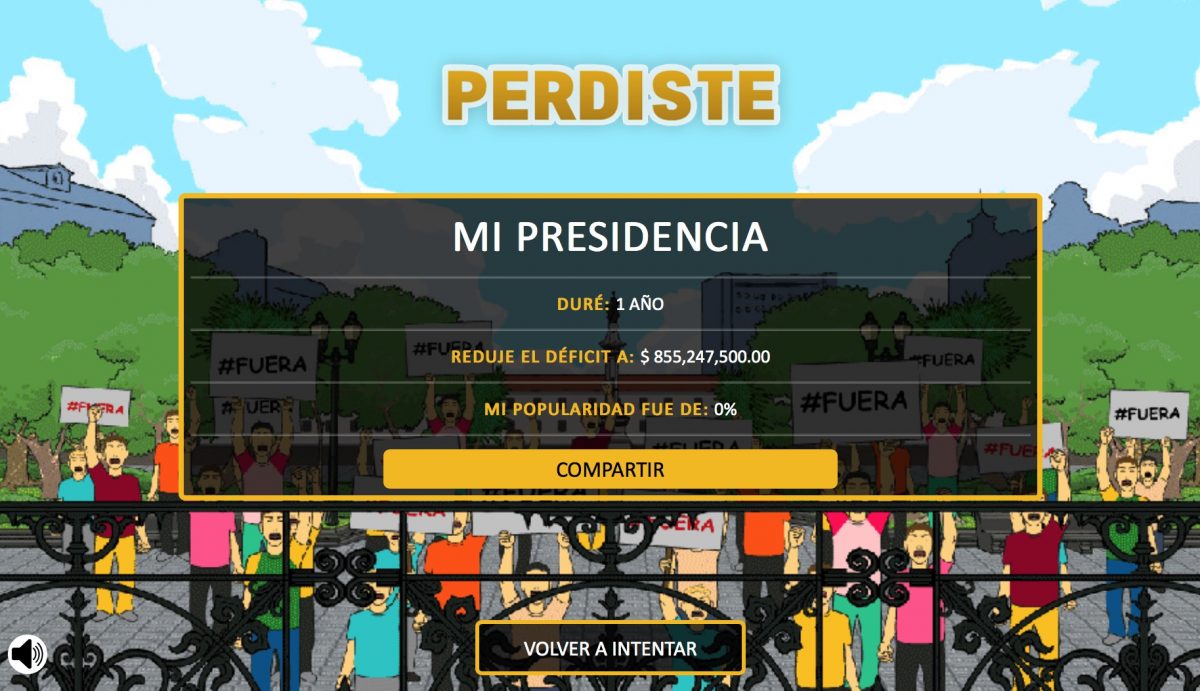 Building a Massive Dam in the Amazon

In 2013, the Brazilian newspaper Folha de São Paulo published “The Battle of Belo Monte,” a multimedia project in Portuguese and English about the massive, controversial Belo Monte hydroelectric dam being built in the Amazon. At the project’s outset, the editors announce to viewers just how much multimedia they’ll be treated to: 24 videos, 55 photographs and 18 infographics.

With the country’s largest city starved for water in 2014, Brazil’s Folha de São Paulo published “Crystal Unclear,” an investigation in Portuguese and English looking into the scale of the problem. Brazil, the report explains through videos, photos, interviews and interactive multimedia, “has still not awakened to the need to adapt to extreme, climatic events… that impact the most basic human need: water for drinking, bathing, raising crops and fishing.”

In the 1990s, hundreds of thousands of mostly rural, indigenous Peruvians were sterilized as part of a government-run family planning program. Many of them never consented to the surgeries. “Quipu” – named for the knotted strings used by the Incas to count – is a “living,” interactive website that gathered stories of the mass sterilization program through a free phone line set up with help from MIT’s Center for Civic Media. By clicking on quipu threads, users can listen to testimonials and responses to testimonials. Quipu was produced in English, Spanish and Quechua by Maria Court, Rosemarie Lerner, Sebastian Melo and many more.

“Anyone’s Child Mexico” is a “living documentary about the families affected by Mexico’s drug war.” To gather stories, the documentary’s producers publicized a free phone line through local partners and had people across Mexico call in and recount their stories. Callers could also listen to other testimonials. With funding from the University of Bristol’s Brigstow Institute, and based off of the idea behind Quipu, producers Matthew Brown, Ewan Cass-Kavanagh, Mary Ryder and Jane Slater created a website to bring together audio, photos, video and text and tell harrowing stories of a country ravaged by violence.

This post originally appeared on Storybench and is cross-posted here with permission.

Aleszu Bajak is a freelance science journalist who teaches journalism, design, data visualization and programming at Northeastern University. His writing has appeared in The Washington Post, M.I.T. Technology Review and Nature.